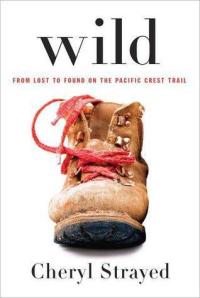 Last year, Strayed’s memoir Wild: From Lost to Found on the Pacific Crest Trail took America by storm. It spent months on the bestseller lists, Oprah re-started her book club over it and Reese Witherspoon snapped up the movie rights. The story of how Strayed’s life spun off its axis in the wake of her mother’s premature death from cancer and how it was righted by an 1100 mile hike along the titular trail could be seen as an inspirational one. I have been cautious about memoirs since James Frey ruined it for everyone though, so in fairness, I didn’t approach this with a particularly open mind. But as previous reviews on here have shown, I can be won over. Not this time though.

She’s also an idiot who somehow survives her PCT hiking ordeal, bloodied but unbowed and thinks it’s interesting enough that she needs to write a book about it and we should all read it. Well, fuck off, Cheryl Strayed. Parents die every day. Marriages crumble every day. Addicts get clean every day. Judging from the people she meets along the way, people hike the PCT on a fairly regular basis. At no point did I think this journey merited a book about it. My dad died last year. I didn’t wake up one morning, snort a line of coke and then decide to scale the north face of the Eiger though. I just got on with my life. I didn’t spend three months wailing “why me?” in the wilderness and I sure as shit didn’t think I needed to publish a book about my inner and outer journey.

I do have to hand it to her though. Strayed can write. The strength of her writing adds a second star to the rating. While I found it relentlessly self involved and painfully smug in its tone, it does make an interesting read. It doesn’t make for anywhere near as interesting a read as Strayed thinks it does, of course. Quite clearly, when you reach the end, she wants you to think “wow, she really was so brave and so awesome, what an incredible journey”. All I could think was “oh do get a grip, love”.